Introduction of Flights to Korcula from Dubrovnik and Split

Following recent reports from several Croatian daily papers, there is a good prospect of flights being introduced in summer 2011 to Korcula from Split and Dubrovnik.

According to these reports, if everyting goes to the plan, there will be three or four daily flights on both routes. The flights will last for 21 to 22 minutes and will cost between 40 and 50 Euro (one way).

The Planned Timetable for Korcula is as follows: 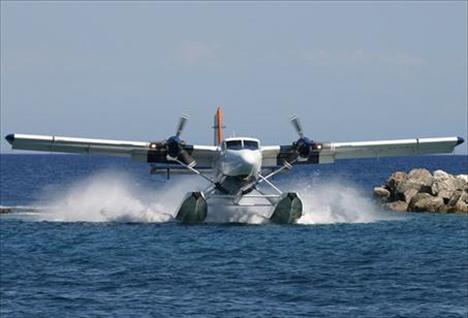 The flights will be operated by European Coastal Airlines and served by the De Havilland Twin Otter aircraft (The DHC-6 Twin Otter) which is a 19-passenger STOL (Short Takeoff and Landing) utility aircraft developed by de Havilland Canada. It has often been called the most successful aircraft program in Canada’s history.
The aircraft’s fixed tricycle undercarriage, STOL abilities and relatively high rate of climb have made it a successful cargo, regional passenger airliner, float operations and MEDEVAC aircraft. It has been operated, highly successfully in sea operations worldwide. Twin Otters, each recently modernised and refurbished, are operated by two crew members and a cabin attendant, if necessary. It can comfortably sit 19 guests with complete holiday luggage.